We will be speaking on the 10+ years journey it took Viktor to create the VUAM collection, his journey from Soviet artist/entrepreneur to Chicago-land granite sculptor, and our new exciting ventures, plans and ideas.
Of course, we love to hear feedback from our fans and supporters. Please come and support the Diving Community and hear us speak about VUAM.

Thanks and hope to see you all there! :) 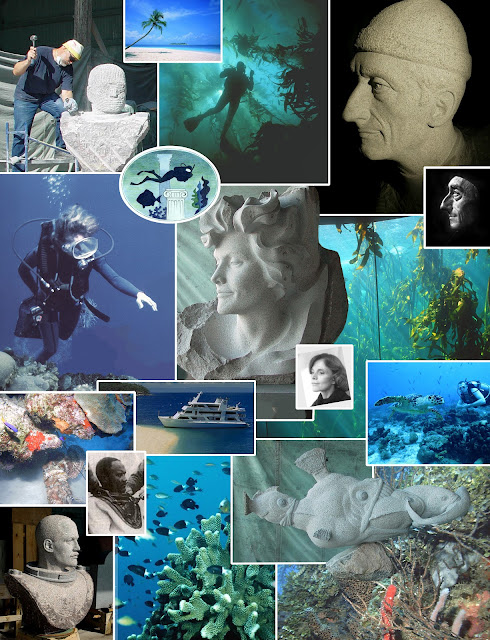 THE LAST UNVEILING... and other things :)

Hi All! It has been a very busy year for us and I am sorry I haven't updated much here. Viktor started his own production shop (www.monumentalartworks.com) and has been traveling and participating in unveilings pretty much non-stop.
Ok, so we've had an amazing unveiling of the last portrait to the Pioneer Collection, Ernie Brooks. He is the last sculpted piece that will join the rest of the portraits at the Google Headquarters in Mt. View, CA. 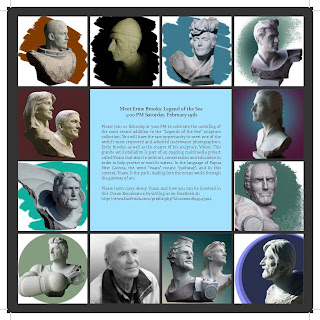 The first unveiling was at Our World Underwater in February of 2011 (www.ourworldunderwater.com/attendees/Honoring-Legends-of-the-sea/) and it was such a moving event. Kamil Bartoszcze (www.kamilbartoszcze.com/), a very talented local Chicago producer/musician/composer wrote a unique 10 minute score for the event along with the help of violinist/marine bioligist Alexandra Rose. So needless to say, the place was amassed with talented individuals! Mr. Brooks was almost moved to tears, but being as stoic as he is, he just eloquently used his words to express his feelings.

The second unveiling (because one is never enough!) was at the Santa Barbara Maritime Museum (www.sbmm.org). Not only was it an event in Mr. Brooks' home town, but it was also a chance for the Historical Diving Society (www.hds.org/tributetoerniebrooks.html) to raise donations and awareness for the cause of the ocean and the people that helped to bring us closer to understanding it. Thank you to all the people that donated, art and otherwise! 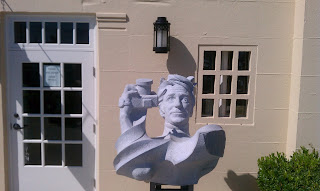 The sculpted portrait will be on display outside for everyone to see until October so please take a stroll if you're in the area and have a glance for yourself! Some time after October it will be transported to Mt. View where it will join the rest of the pioneers at Google Headquarters.

How exciting! For over 10 years Viktor has been working on this collection. Finally it came to an end and with a big splash! Mr. Stan Waterman (one of the pioneers in the collection) said it best...

"A two-ton granite sculpture of Ernie Brooks was unveiled. It was the last of a serious (sic) executed by the sculptor, Vktor, and will find its way to the sculpture garden at the Google headquarters in Calirornia. It is the last of a series of twelve, honoring icons of the international diving world. The splendid bust is a testimony to the affection and esteem in which this soft-spoken, brilliant and eloquent Renaissance gentleman is held by legions of underwater photographers and friends the world over. As an educator (The Brooks Institute of Photography). An innovative artist, courage of a pilot of the high-flying U-2 surveillance planes during the war and dedicated spokesman for ocean conservation, Ernie Brooks preeminently earned the lasting tribute by the master stone carver."

This is the end of this particular collection, however... are you interested in hearing about the new one? :)
Posted by Olga at 8:48 AM No comments: 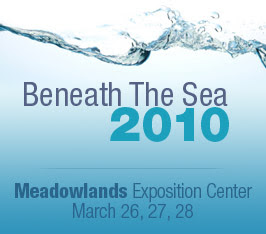 Getting ready to head out to Beneath the Sea in New Jersey! This year will be another unveiling of one of Viktor's wonderful sculptures. Who will it be? If you haven't already guessed, or peeked at the BTS web site, you'll see all the pictures when he returns from his trip this weekend!
Posted by Olga at 11:22 PM 1 comment:

Labels: Beneath the Sea, Sculptures, Viktor

The day of August 25th 2009 Google graciously invited Viktor to unveil his collection of sculptures at their headquarters in Mountain View California. The event was a complete success!
People from various parts of the country came to see the unveiling of some truly amazing busts that took Viktor a little over six years to create.
Unfortunately Zale Perry, Stan Waterman, Ron and Valerie Taylor were not able to make it but they will surely love the placement of these picturesque granite busts at the Google location.
Men, women and children gathered around the sculptures as they were unveiled one by one. The anticipation sent shivers and gasps of excitement as the white sheets were lifted off. Some Google employees as well as the guests decided to partake in this event by walking leisurely by the artwork and taking pictures with the busts as well.
Many sincere thank you's go out to all the people that have believed, cared and understood Viktor's mission in fusing the world of art and love of the ocean together! There is not enough time, space and words to say how VUAM is incredibly touched for all your help!!


Here are just a few sample pictures from the unveiling... 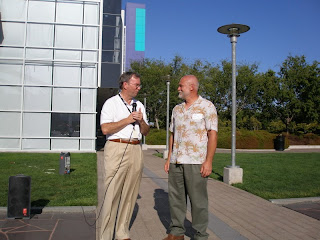 Many people gathered around the sculptures to get a chance to take pictures, touch and ask one on one questions 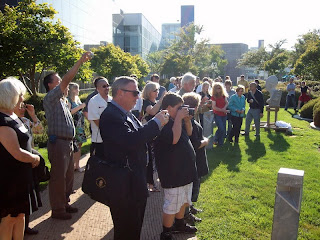 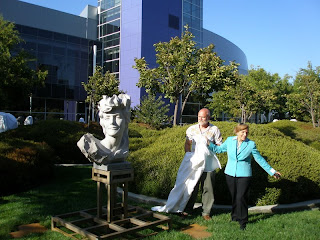 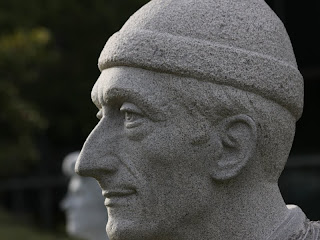 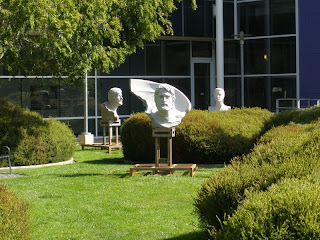 Jean-Michel Cousteau face to face with the "Navigator" 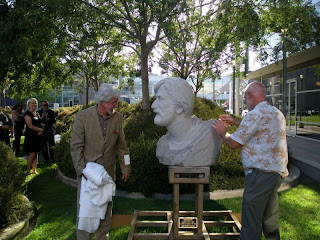 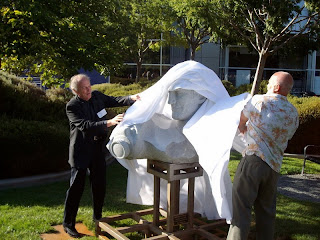 "Fishy Business" A philosophical concept created to inspire young explorers such as Taylor and Morgan Griffith. What do you see it as? 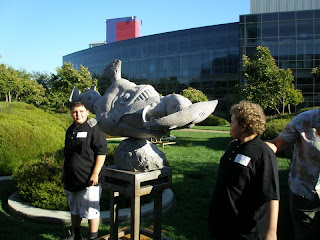